Wearables and Music Festivals: What You Need to Know

Are you someone who loves music festivals? Are you looking for new ways to take Coachella to the next level? Or maybe you’ve never been to a music festival because you aren’t into the disconnect from technology and society that most festivals entail. Well no matter where you fall on the spectrum, we’ve got the solution for you…wearable technology. First, there were fitness wearables, then wearables to track your sleep or mood swings, wearables to make travel easier, and even specific wearables like those for women (such as pregnancy trackers and period pain eliminators.) Now, wearables have moved on to something new…music festivals.

Summer is basically here, and that means we’ll begin to see pictures from different concerts and festivals our friends went to flood our newsfeed. What better way to prepare for festival season than by learning all about the wonderful wearable tech now being incorporated into these events? Whether you are looking to take the music festival to the next level or are a newbie who wants to experience a festival in a whole new way, check out these ways wearables are enhancing and changing music festivals. 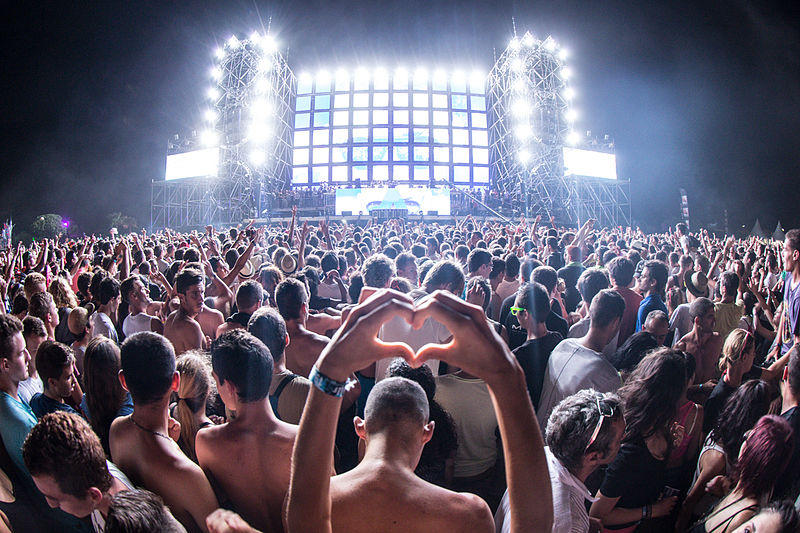 Raise your hand if you’ve ever gone to a music festival and lost all of your money and credit cards even though they were stashed conveniently in your fanny pack. I know I’m not the only one raising my hand, as losing your wallet is probably the only thing guaranteed about a music festival besides great music. Recently, festival venues have started to solve this problem, using wearables! For example, a few years ago Lollapalooza swapped out cash for wristbands! The venue used wearable technology in the form of wireless bands, which were linked to the festival goer’s bank account. This use of wearable technology completely eliminated the need for your wallet at the festival. Not only do these wristbands prevent many from losing their wallets, they also lead to shorter lines for food and drink (less people fumbling around with their wallet to pay), and can also store tickets and show passes – making the venue completely paperless. There’s no need to carry cash when you can pay for everything with the flash of your wrist!

Have you ever found out that the lyrics you’ve been singing to your favorite song have been wrong all along? Or have you ever found yourself surrounded by friends jamming out to a song you have never heard before and so you can’t participate in the fun? Well, that’s where Copokê comes in. This handy little device was first used in the Brahma Valley Festival, during which the beer company gave every attendee a very special beer cup, the Copokê. The cup can show the lyrics of whatever song is playing, so you can sing along and never feel left out. The cup also will display the times of next performances so you can know exactly when your favorite band will play or when is a good time to run to the bathroom! 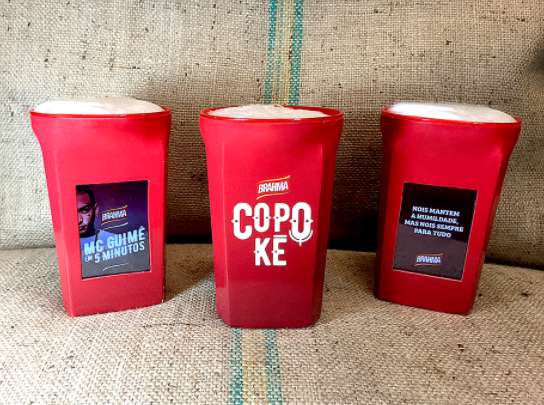 One of the best parts of going to a summer music festival is meeting people from all over the country or even the world. But, a lot of times flowing alcohol and loud music make keeping these connections, or even hearing someone’s name, very difficult. Tomorrowland, a very popular music festival in Belgium, tried to change all that using wearable technology. Just like Lollapalooza, Tomorrowland used wireless wrist bands to enhance festival goers experience by replacing paper tickets with the wearable tech. But they took it one step further. Each wristband was linked to the user’s personal account and were equipped with heart shaped buttons on the band, which if pressed at the same time as another one, would automatically send that person a friend request. Festival goers could use these bands to make new friends with just the push of a button!

Become a Part of the Show

Wearable technology at music festivals is now letting party goers become a part of the show. Hurdl gives festival goers more for their money and really embraces the immersive culture of music festivals. Hurdl uses wrist worn LEDs to turn fans into real-time illuminated communities. Each LED band can display up to 16 million colors, and can reflect certain user characteristics, like gender or relationship status. The small RF controlled LEDs are called PIXLs. Once attendees receive their PIXL, they also get a text message that asks them a series of questions related to their event. The PIXL records the response and, during the show, will light up the corresponding color appropriately. For instance, single fans can be illuminated during the show, or just the ladies in the crowd, or even army veterans. The colors shown correspond to the responses. The possibilities are endless and allow the guests to become a part of the show!

And Of Course VR Sets

What would a post about wearable technology be without mention of a VR set? And how could anyone write about music festivals without mentioning Coachella? Well, we’ve decided to roll the two most obvious into one…the Coachella VR set. It’s no surprise that last year Coachella decided to venture into the VR world, as they are one of the most innovative music festivals in the world. The Coachella VR app let Cardboard and Samsung Gear VR owners to at the festival in a whole new light – using 360 degree photos, old interviews, and performances from that year’s artists. Virtual tours of the exhibition grounds were also available.

In the past few years, we have seen how wearable technology has become a part of our everyday lives, and now attending music festivals is no different! Next time you go to Coachella or Tomorrowland, make sure to check out any cool technology offered, as it will definitely make your festival experience the best it can be!

Read more about our wireless charging solutions for wearables.