Wearable of the Month: Snapchat’s Spectacles

September’s wearable of the month goes to Snapchat’s new Spectacles! Let’s take a look at what makes these glasses so impressive:

Snapchat announced its first hardware product as part of the company’s renaming of itself to Snap. Inc. Spectacles are a (really cool-looking) pair of wearable sunglasses for Snapchat-lovers to record ‘Snaps’ directly from the glasses and upload to the app, which now boasts over 100-million daily active users.

Spectacles will retail for around $130 and will be equipped with two cameras located on either side of the frames. The cameras will be able to record small snippets of 10-30 second video footage from the wearer’s point of view, after which the footage can be easily uploaded to Snapchat. The glasses will be available in 3 different colors upon launch: coral, teal and black. Another cool feature is that the glasses light up when recording, so as to alert anyone in your field-of-vision.

For Android owners glasses will also store the snaps until you return to your phone in order to upload to the app, but iOS device owners will be able to upload snaps directly through a Bluetooth connection.

WHY IT WILL WORK

While there has certainly been some talk that Spectacles could pull a Google Glass and fail spectacularly, we have a feeling that these will take off, for a number of reasons. First, at $130, the price of a pair of Spectacles, while not exactly cheap, makes these glasses much more ‘fun’ and accessible when compared to Google Glass. Second, these glasses are also positioned as more of a fashion-tech, rather than a computer (and honestly, they look so darn cool!). But what really makes these glasses different is the idea that the eye controls the camera – as opposed to your smartphone. Spectacles’ camera utilizes a 115 degree angle lens (wider than your average smartphone), and records Snaps that are much closer to human vision than your phone. It also allows you to record hands free, so you can play with your pets, family, or do your daily activities without having to worry about holding up your phone. And, last but not least…it doesn’t hurt that Snapchat CEO Evan Spiegel was photographed with the Spectacles by Karl Lagerfeld. 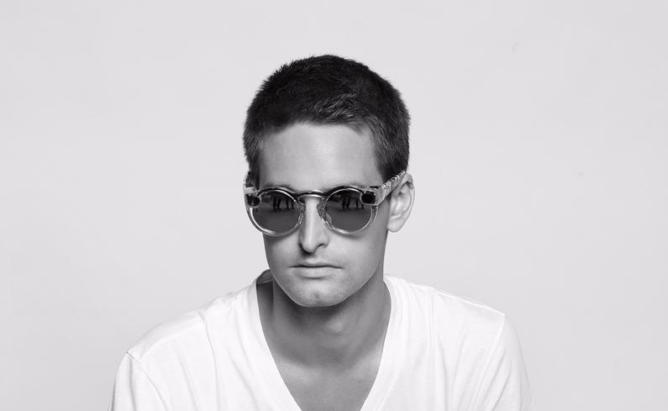 So congratulations to Spectacles for being September’s Wearable of the Month!

With Humavox’s ETERNA wireless charging technology, smart glass manufacturers can create a wireless charging case fit to the exact shape and elements of their device. This allows the user to charge their smart glasses without even noticing, by simply dropping them in the case!