Our wearable of the month for November goes to Skully, the smart motorcycle helmet that will change how motorcyclists drive! 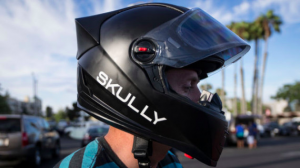 The idea for the Skully AR-1 helmet came to CEO and founder Marcus Weller after he was involved in a motorcycle accident in Barcelona, which he believes could have been avoided if he had been looking at the road instead of a road sign. Marcus claims the idea for the helmet came to him in a dream after the bike accident, but when he tried to find the helmet online, he realized it didn’t exist. That’s when he decided to create his own!

The helmet originally debuted on Indiegogo in late 2014 and blew passed $1.1 million from 800 backers within 5 days its launch. They completed the Indiegogo campaign with nearly $2.5 million in funding and then went on to raise another $1.5 million in January 2015 from investors.

How Does It Work? 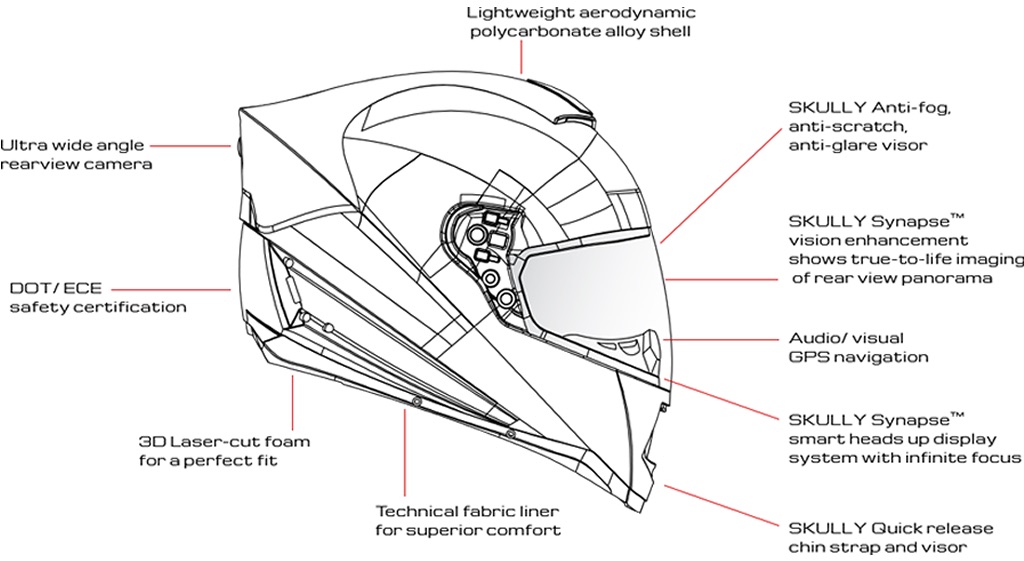 The Skully AR-1 helmet includes an integrated head-mounted display that functions similar to Google-glass in that the display is projected inside the visor of the helmet and shows directions. It also has a GPS sensor, a microprocessor, rearview camera, bluetooth connectivity, lithium-ion battery and can even be linked to a smartphone. The idea is that a holographic display projected in the field of vision will enable to see the world around him. This rider has a near-180 degree view of everything, no matter which direction the helmet is facing, and without any blind spots.

Why Will It Work?

Recent statistics show that motorcycle accidents claimed the lives of 4,600 motorcyclists in 2013 in the U.S. and injured over 88,000.* So smart vehicle communication and navigation are obviously important for motorcyclists when it comes to safety on the road. Helmets may be stronger and better than ever before, but are limited in their ability to protect the driver if he cannot see what’s going on around him. The fusion between connected cars and wearable computing in order to save lives certainly has the potential to enhance human capabilities and change the transportation industry.

A smart-helmet to protect motorcyclists is pretty much a no-brainer, and that is why Humavox has selected Skully as our Wearable of the Month!

Humavox Wireless Charging for your wearable