Augmented reality and virtual reality are redefining the way in which we communicate, shop, and interact with each other. While this technology may not be new, it has improved a thousand times over the last few decades, and continues to excite users with the new ways in which the lines are blurred between computer generated technology and real-life.

What is Augmented and Virtual Reality?

While they are seemingly similar, they are actually two very different concepts. Augmented reality is the mixture of virtual reality with real life, using layers of computer generation to enable us an enhanced interaction with reality. This is usually done through apps (such as Pokemon GO), but can also be used for sporting events, driving, and much more.

Virtual reality, on the other hand, is a completely artificial, computer-generated simulation of a real-life experience. This typically required the use of a virtual reality headset, such as Oculus Rift or HTC Vive, in order to fully immerse the user.

Experience the World From Your Living Room:

Climb atop the Eiffel tower in Paris, scuba dive in Belize or experience the world’s craziest theme parks… all from your living room! Virtual reality allows us to ‘see’ the world, without actually having to spend time on a flight or standing in line behind thousands of other tourists. You will not even have to buy the guidebook! With virtual reality, you can travel at your own pace or learn something at your own leisure, without ever having to leave your home.

Virtual and augmented reality provides new and safer ways to simulate practices for things like military training, surgeons, or other areas which might normally expose people to hazardous environments. VR would essentially provide a more cost-effective, risk-free training.

AR and VR make training and education easier to provide instant results and analyze outcomes. This will ultimately improve performance and enable sophisticated feedback to trainees during specific tasks, ultimately resulting in increased efficiency and greater awareness or judgements of one’s abilities. 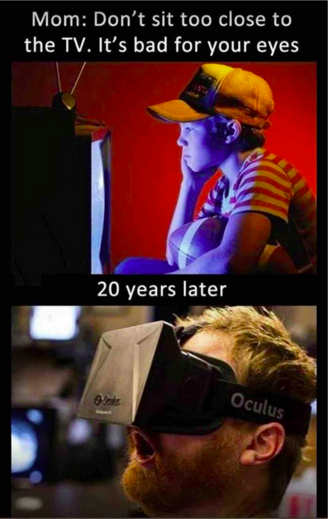 Just like other modern technologies on the market, AR & VR can be prone to data hacks as well – and that’s a scary thing, considering how much data is connected to virtual environments. Many people also fear the way in which personal data might be used by authorities in order to track or control individuals.

If one can see and experience the world from your living room, would you ever really need to leave the house? AR and VR may provide new ways for people to communicate, but they could also possibly take away an important aspect of our social life that involves around human interaction.

All these players are essentially connecting the pieces to make augmented and virtual reality the new way of conduct and bringing into play new forms of devices including smart glasses. User experience is essential in these new devices and charging is undoubtedly a focal point. That’s where Humavox comes into play. With Humavox’s ETERNA platform, there is no need to awkwardly attempt to plug the smart glasses into an outlet. ETERNA wireless charging solution is a minimal- size solution that gives users the ability to comfortably charge without the hassle of dealing with cords, rather by simply providing a ‘drop & charge’ experience! All you have to do is drop the glasses in a Humavox-enabled charging station and begin to charge—making augmented reality that much closer to becoming the new reality.