Like other wearables on the market, smart glasses are growing in popularity because of their multifunctional use and improve user experience. Whether it’s virtual reality or augmented reality glasses, both types of smart glasses immerse users in a different sensory experience, either by fabricating a completely different world or blending the lines between the real and virtual. In the market for a new pair of smart glasses? Check out our top picks and discover how wireless charging can revolutionize the wearable world.

SnapChat made big headlines with the release of their Snap Spectacles, which show that smart glasses can be both simple and stylish. Popular with the younger crowd, who are the main users of the company’s app, the Snap Spectacles can record 10 seconds of circular video at at time, similar to the recording capabilities of SnapChat. The video is then shared directly to the user’s Snapchat or on other social media sites like Twitter. And that’s pretty much it. So there isn’t much versatility when it comes to these smart glasses, but their simplicity is also what makes them appealing. And, the glasses allow you to snap from your own perspective, showing your followers exactly what you see. The glasses charge inside their case and are relatively cheap, you can get a pair for $130.

Vue’s smartglasses are the product of a very successful Kickstarter campaign. Although these glasses are still in production (they hope to ship them by July 2017), these smart specs are really cool so we had to put them on the list. Just like the Snap Spectacles, there is no AR associated with Vue glasses, but these glasses use bone conduction technology so that you can use the glasses to hear music. Yes, that’s right. You can listen to music with your glasses, time to ditch those headphones! But it doesn’t stop there, the Vue smart glasses can also be used to control calls, handle notifications, and track any activities. Also, I personally love these smart glasses because they look just like regular glasses and can easily blend into your daily routine. They are virtually indistinguishable from regular glasses. Oh, and did we mention you can Vue glasses in a variety of different lens and frame colors? These smartglasses are currently available for pre-order via Kickstarter! 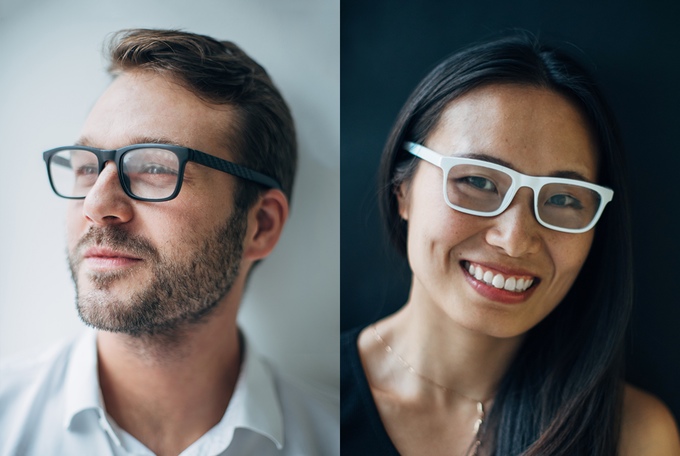 Level differs from other smart glasses on this list because they deal with fitness tracking, but they look like regular glasses, not something from a sci-fi movie, which is why they also make the list. Level is the product of the work of the University of Southern California’s Center for Body Computing and VSP Global (FYI the latter was involved in making the frames for Google Glass). Worn like regular glasses, Level smart glasses have a series of sensors built into the frame. The tech inside is used to monitor steps, distance, calories burned, and active time; all of which is logged in an app. The coolest thing about Level, in my opinion, is that the app tracks your activity and if you meet a certain fitness goal, you can earn a free eye exam or a pair of glasses for someone in need. An early prototype was released last year, so we are still waiting for them to hit the market!

The last set of smart glasses on our list is the Vuzix Blade 3000, which are not only stylish but also comfortable and technologically advanced. The Blade 3000 smart glasses will cost less than $1000, which is good, but we aren’t sure just how pricey they’ll be. These smart glasses will really make you feel like you’re living in the future, as they offer a display that can be projected onto the right lens. The display can show emails or YouTube videos as you walk around. The glasses also come with a voice assistant, touchpad controls, a camera that can take both pictures and videos, eight hours of battery life, and Bluetooth and WiFi capabilities. Oh and potential designers may collaborate in the future, and we can’t wait to see the creations they make.

No matter what your smart glasses look like, charging can be a pain that hinders the look and feel of any type of eyewear. To have such innovative products connected to a wire or weighed down by a heavy battery seems impractical. Humavox is here to change that. Any smart glasses are exactly that, they are smart. So their charging capabilities should be as well. Stop fumbling around with cords and wires. Imagine all of the amazing features of your smart glasses coupled with a wireless charging solution that lets gives the user the freedom to just drop and charge his specs in a bowl, drawer, backpack, you name it! With Humavox’s ETERNA platform, there is no need to awkwardly attempt to plug the smart glasses into an outlet. 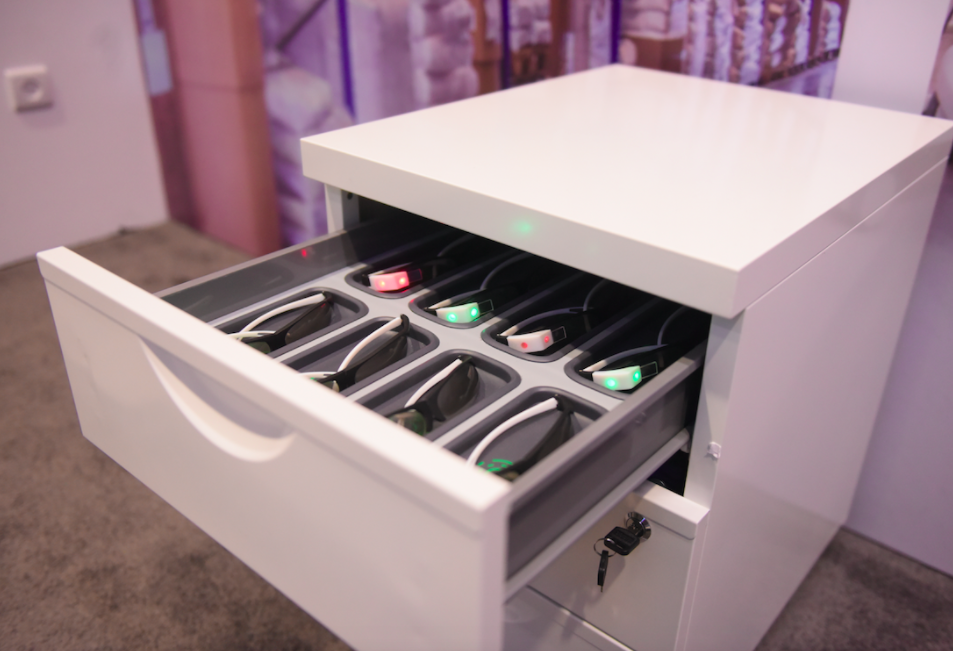 Read about our wireless charging solutions for smart glasses>>