CES 2016, the biggest consumer technology show of the year is back and BIGGER than ever, and we’re excited to be a part of it! Here are some of the trends we are most looking forward to seeing: 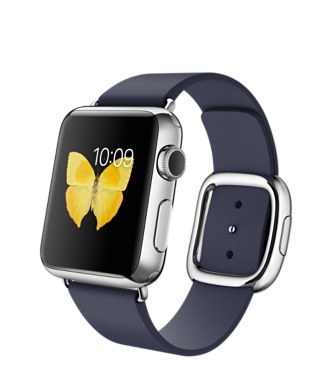 Wearables made some major leaps in 2015 and will once again take center stage at CES2016, but the major difference this year is that the Apple Watch has now entered the market. Whereas wearable tech used to namely refer to fitness trackers, this year we saw major transformations within the industry – everything from health, fashion, defense, and more. With the International Data Corporation projecting wearables to hit 111.1 million units shipped in 2016, we can’t wait to see the new and exciting ways in which wearables have evolved to fit the mass market.

We’ve all seen (and been extremely impressed by) how far drones have come in the last year, but no one will be able to escape the impressive robotics exhibition this year! The robotics marketplace is expected to have grown 71 percent in exhibition space, and with 27 different exhibitors (up from 4 in 2014!), we’re pretty excited to see why new types of drones and robots will be introduced this year.

Last year, we saw some pretty impressive demonstrations from Oculus Rift and the Razer, even if there were in developer mode. This year, VR headsets are expected to be a major theme, and we’re looking forward to seeing what HTC Vive, Sony Playstation VR, Microsoft’s Hololens, and Samsung Gear will be adding to the mix!

4. The Internet of Everything

Last year brought some major introductions to the Internet-of-Things, with connected homes and cars being all the rage, and by the looks of things, its only getting bigger. The Internet-of-Things spending is expected to reach $1.7 trillion by 2020, so we’re expecting to see some major innovations in IoT platforms; from everything to wearables, cars, TV’s, and other home appliances. With a huge expansion of 155 exhibitors, we can’t wait to see what to the IoT ecosystem has in store for us at CES 2016.

From wearables, to robots, to the connected home, devices are

getting both smaller and smarter! Which means that charging these devices is getting more complex. Luckily, Humavox’s radio frequency wireless charging technology can blend charging into your connected life, without the hassle of a cord!

If you’re at CES 2016, stop by our booth at LVCC South Hall 2, Meeting Room S108 at the Las Vegas Convention Center! We will be showcasing our ETERNA radio frequency wireless charging platform. Click here for more information about Humavox @ CES 2016 and to schedule a meeting.

So which trends are YOU most looking forward to seeing at CES this year?